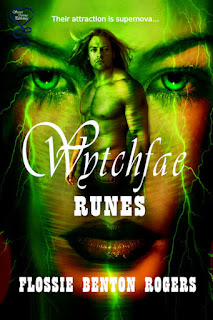 Dual celebration this week! First, I signed a six-book deal with Secret Cravings Publishing for six more paranormal fantasy romances in the Wytchfae Series, starring fairies, witches, demons, angels, goddesses, dark guardians, ghosts, and other magical beings. My novella Guardian of the Deep (Wytchfae 2) is due out in June 2013 and features the romance of a Succubus and an undersea lord. I love the story of Layla and Samael and can’t wait to share it with you.

The second reason for celebration is that my first book, Wytchfae – Runes, is now available in print, as well as eBook. In a few days I’ll be able to hold a print copy in my hot little hands! If you have ever worked in a library or browsed among the book shelves in a library or bookstore, you’ll know why that is important to me. Readers who don’t have Kindles, Nooks, or other devices, and those who just plain prefer traditionally printed books, can now get their copies.


QUESTION OF THE WEEK:
** Contest Alert! **
To celebrate this week’s good fortune, I will give away an eBook copy of Wytchfae – Runes to one lucky person who comments on this post in answer to the question: If you could go back in time to one time and place, when and where would it be and why? The winner will be randomly selected. I look forward to seeing your choices!

I pose this question because time travel plays an important part in Wytchfae – Runes and in the other books still to come in the series. The faery witch Kelly and Viking ghost Ingvar, stars of Wytchfae – Runes, go back to ancient Norway, Ingvar’s homeland. The Story Excerpt below illustrates their first glimpse inside a fae time portal.

Blurb: Combine one faery witch and one hot Viking ghost and what do you get? Supernova attraction. Can they evade their enemies long enough to fan the flame?


She and Ingvar stood in an open space surrounded by a ring of lavender hued standing stones. Outside the ring, lush greenery stretched over rolling hills as far as the eye could see. Immediately outside the ring, concentric circles of fruit trees grew—apple, pomegranate, persimmon, and plum—all laden with succulent looking fruit. Grapes and berries climbed between. Kelly’s senses burst with the aroma of the varieties of blossoms covering the ground and peeping through the spaces between the stones. She could make out the scent of roses mixed with violet and heather, and other flowers she couldn’t name. The clean sweetness of green grass underlay it all. Looking up at a purple sky, she realized the luminosity came not from the sun but from an unseen ambient source. She dipped her fingers in a low well nestled near one of the stones. Gems sparkled in its shallows.


A deep sigh escaped Kelly. Feeling luxuriously content with Ingvar’s arms around her, his hands restless against her back, she didn’t want to open her eyes. Thick cobwebs clouded her mind, and she wondered if she had passed out and was dreaming or if the Dark Man had transported her and Ingvar someplace where they could be alone together. It didn’t seem to matter much as she nestled closer and breathed in the Viking’s tantalizing, uniquely male scent that aroused her deepest female sensuality. His chest felt taut beneath her cheek. She craned her neck and pressed her lips to the warm column of his throat. Real, oh my goddess, so deliciously real. She nipped at his flesh, thrilling to the sound of his indrawn breath.
The brush of his mouth against her ear elicited a gasp, and shivers of electricity danced across her heated skin. She didn’t realize the hollow of her collarbone was such a sensitive spot until his fingers lingered there, his mouth following. Her breath became erratic when his hand moved down to cup her breast. Her nipples hardened in response, and the soft lace of her bra felt confining. His legs tightened against hers, and she trembled when he squeezed her bottom. She reveled in the heat of his body as he gathered her closer. His increasingly fevered movements added flickers of flame to her already stirred senses.

Her hip moved restlessly beneath his hand, and the soft flesh of her belly burned when the backs of his fingers dipped into the rim of her pants. She curled her leg around his thigh and adjusted herself to his masculine body. A startled moan escaped her as she became aware of his erection. She undulated, experiencing a delightful witchy decadence. That her touch aroused him heightened her sense of feminine power.

“Kelly.” Rough and ragged, he whispered her name.

“Are we drunk?” she whispered.

“I have been drunk on you since the first moment I saw you.”

“How did we get here, Ingvar?”

She rubbed her body against his.

“Kelly, if you keep on doing that…”

“What will you do, Ingvar?”

She fumbled with the fastenings of his trousers.

Clutching her wrists, he lifted her hands up to his shoulders. “Sweetling, our first moments together like this…let me pleasure you.” His mouth came down fully on hers, sweeping her up into intensifying flames.

She was dimly aware of his hand wrenching at the zipper of her pants, and then slipping inside her silk panties to her heated core. In moments his deft fingers had her thrashing in his arms while his mouth and thrusting tongue continued their honeyed siege.

She broke away from his lips and whimpered. “Ingvar, it’s t-too much. I’ll…”

“Not yet, sweetling. Not just yet. When it happens, I want you to remember it.” He used the palm of his hand to gentle her, before beginning to stroke again.

With his free hand, he lifted her blouse. She arched her back when his tongue encircled a lace adorned nipple.

Fire blazed up her spine.

He kissed his way back up to her trembling lips. Plunging inside her mouth, his tongue moved in deep rhythm with the strokes of his fingers below.

Under his touch, Kelly shattered into a million pieces. 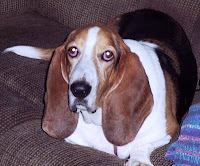 Flossie Benton Rogers is a former teacher and library director. She began writing fairy tales at an early age and is grateful for the opportunity to again pursue her passion for mythology. A fifth generation Floridian, Flossie enjoys seeing new places and spending time with family, including two Snickerdoodles ages 5 and 3. Her inner scribe is always on the lookout for romantic, adventurous stories to share with readers. She lives with her husband Mr. R and her writing partner, 14-year old basset hound Daisy Josette. 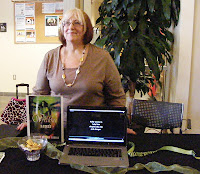