It's a week when my cup runneth over. So much good is happening, I'm savoring the moment. In the midst of my first self-published book debuting, I got the most wonderful news that I'd been chosen as the VIP Blogger of the Week at AuthorsDb.com which I'd featured on a previous edition of WWoW. CLICK HERE to read more about it. And I'll say it once again, this is a great database to get your name on if you're an author. Check It Out! 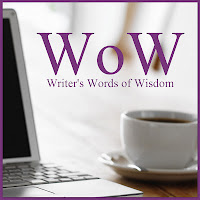 Here's a simple idea. Write a short story that relates to a series you've written or are writing and put it out for FREE. Either create it as a permanent FREE READ or offer it FREE FOR A DAY to help promote your work. It's likely that readers who enjoy your free story will then purchase the other books too. See? I said it was a simple idea! That's it... but to illustrate my point, I'm featuring Sabrina York today. She's been a guest before and I think she's great. Grab her free story and I think you'll agree.

Ever so graciously, she sent a THANK YOU to those of us who supported her this past year! And I just had to tell you all about how great I think she is.

And she included us in the acknowledgements of her new self-pubbed release, Rebound. She wrote Rebound, the first book in the Tryst Island Series, and plans to offer it up for FREE on her ANNIVERSARY, April 4th! 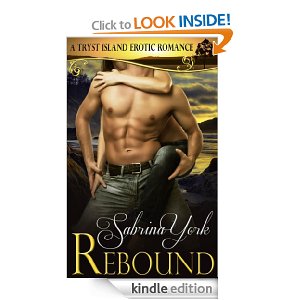 Kristi Cross has had the hots for her friend, Cameron Jackson as long as she can remember, but she knows she’s not his type. She’s nothing like the women he dates. So when he suggests they play for a kiss over a game of Hearts, Kristi can’t resist. Even if she loses, she wins. Because she’s finally going to taste him.

Of course, one kiss can quickly become something altogether steamier, especially when both parties are on the rebound…


Fall in Love on Tryst IslandWhen a group of friends share a vacation house, wild hijinks, unexpected hook-ups and steamy sex ensue. And true love. Did I mention they all find true love? Visit www.sabrinayork.com for more details.

REBOUND ACKNOWLEDGEMENTS
First of all, thanks to my amazing beta readers, Sherene Kershner, Charmaine Arredondo, Ronlyn Howe, Kathy Klein & Monica Britt. My deepest appreciation to Wicked Smart Designs for a rocking cover, and to Marie Force and her Formatting Fairies for helping me whip this novella into shape.

Over the past year I have enjoyed the support of some truly amazing fellow authors and bloggers, without whom I would be languishing in a padded room. I love them all, and so appreciate their support and friendship. Please pick up their books if you’re in the mood for some really sexy, spicy, fun romantic fiction, or visit their blog pages: Desiree Holt, Chantilly White, Cassiel Knight, Cathy Brockman, Cerise de Land, Cindy Spencer Pape, Cristal Rider, Danita Minnis,Delilah Devlin, Emily Cale, Frances Stockton, Jianne Carlo, Kate Hill, Kendra Edens, Lisa Fox, Lissa Matthews, Mel Schroeder, NJ Walters, Paloma Beck, Sidney Bristol, Susana Ellis and Tina Donahue.

All Rights Reserved. By reading any further you are stating you are at least 18 years of age. If you are under the age of 18, it is necessary for you to stop reading now.

He really wasn't paying attention to his cards. He was busy planning his assault. If he lost the game, he got to kiss her. And he wanted to kiss her. In fact, the desire, the need to orchestrate the entire clinch bubbled deep in his gut.

He dealt again, trying not to glance at the clock. This should be the last hand if he played his cards right.

Or wrong, as the case may be.

And yes. She won. Easily. In fact, she spanked him.

Although he didn't let his mind linger on that image. It was far too distracting.

Instead, he leaped to his feet so quickly his chair toppled over. He ignored it—and her little ‘eep’—and came around the table in a rush to yank her into his arms and…yes! Yes. The feel of her, molded against him, was delicious. He’d known it would be.

The scent of her shampoo, or her perfume, or just Kristi, enticed him. He drew it in, savoring the moment, the knife’s edge of intense anticipation.

“You won,” he murmured, gazing down into her wide hazel eyes. “Now I have to kiss you.”

Her lashes fluttered. Her lips pursed. She wiggled a little against him and his cock stirred. “You have to? Well, isn’t that just—”

She didn't finish. Whatever she’d been about to say never made it out of her mouth because he took her then. He dipped his head and settled his lips over hers and ate the words, consumed them. A thrill shot through his solar plexus at the contact. Warm, supple, sweet. Fragrant.

He surprised her by diving in like that. She went a little stiff, but it didn't take long for her to relax and respond.

And hell. Did she respond. Did she ever.

The kiss, which he’d intended to be slow and provocative, quickly raged into something else altogether. And when she uttered a throaty moan and her tongue peeped out to touch his, he nearly lost his mind.

He changed the angle of his head and deepened the kiss, holding her in place with one hand to her chin. The other roved.

God, she was amazing. He drew his palm over the flare of her hips. It dipped in at her waist and then rose up her ribcage. He nearly passed out when he skimmed the underside of her breast. Nearly passed out because all the blood in his brain shot straight to his cock. His whole body thrummed with every beat of his heart.

He cupped her and she made another charming little noise. When he scraped a thumb over her nipple, she whimpered. He longed to suck it. Draw it into his mouth and nibble and nip. Make her thrash.

He lifted her up onto the table and when she started to protest, he shifted his attention to her neck, nuzzling her there, right behind her earlobe. She gasped and garbled a word that might have been “more” and dug her nails into his shoulders. He loved that as he drew her higher, teased her to a fever pitch, her responses became like his—feral.

He’d known she’d be like this in her passion. Wild. Unrestrained. Demanding. He loved it. Fucking loved it…but he wanted, needed, more. He fumbled with the buttons on her blouse.

His euphoria tumbled into the dark abyss when she stopped him. He pulled back to look at her, although pulling back was the last damned thing he wanted right now. Fortunately, a tiny chunk of his brain was still functioning. It reminded him he’d been raised to be a gentleman.

He could go for the jugular again. He could renew his attack on the sensitive spot he’d found, the one at the base of her neck that made her warble and squirm and arch into his cock with a mind-bending pressure. He could make her forget whatever stupid objection she was about to present.

But he wanted more than a mindless fuck with Kristi.

He wanted a lot more.

“What is it?” he asked. And damn, his voice was rough. He barely got the words out.

CHECK OUT THE OTHER WWoW posts this week!